The cleverly designed superhero musculature will help to cover up those horrible unsightly curves. 😉

They will also probably look quite good on you if you already have the body of a superhero I guess, but I am speaking from a personal point of view… I’ll stick to what I know, and what I know is that a design with superhero muscles all over it is going to be the best compression shirt to hide fat.

Perhaps I should ask somebody to create a professor X compression shirt just for me instead so I can confidently wheel myself around the gym looking like Charles Xavier and not have to worry about it at all.

Anyway, enough about me. Let’s take a look at the 13 most popular men’s superhero compression shirts list.

Any guesses which DC or Marvel compression shirt is the most popular?

Oh, and by the way, yes… Some of these characters are DC and not Marvel. It’s a mistake I am ashamed of, but I have learned to forgive myself.

The latest in by the way…

If you are looking for an Avengers Endgame compression shirt GO HERE.

At #13 we have the beast that all lifting brands want to use as their mascot!

Yes, you too can look like a behemoth around normal puny humans with the Incredible Hulk Compression shirt on your mahoosive torso.

This one is perfect for the hulking great bodybuilders out there. Your gym rat buddies will be green with envy when they see it. Probably.

Maybe not right for you if you are the marathon type though huh? (Check out the Flash compression shirt if that’s your bag.) 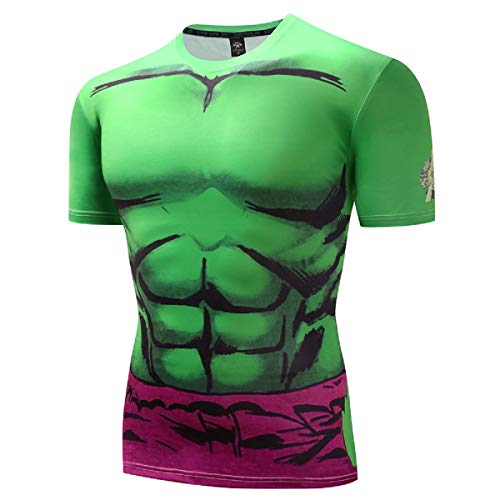 Hulk quotes to yell while training

And let’s not forget the classic…

In 12th place, we have a complete copout… kinda.

Yes, we couldn’t find an X-Men compression shirt with Wolverine on it at first unfortunately so we included this. But you’ll…. erm…

…honestly look just like him in this Wolverine compression shirt…

…which is sort of more of a vest. (It is a compression vest, however, so not all bad news.)

We recommend just getting a bit of blood, dirt, and sweat on it so it looks really authentic. 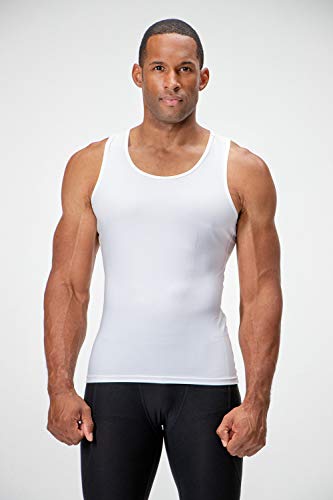 Not Really A Wolverine Compression Shirt, But Close (Also Available In Other Colors)
Check Amazon Price

And it’s probably worth thinking about taping some scissors to the back of your fists so there is no mistaking who you’re meant to be.

Sorry about that, I’ll try harder on the next in our lineup of superhero compression tees.

UPDATE: I take it all back, I managed to find this a second Wolverine superhero workout shirt. 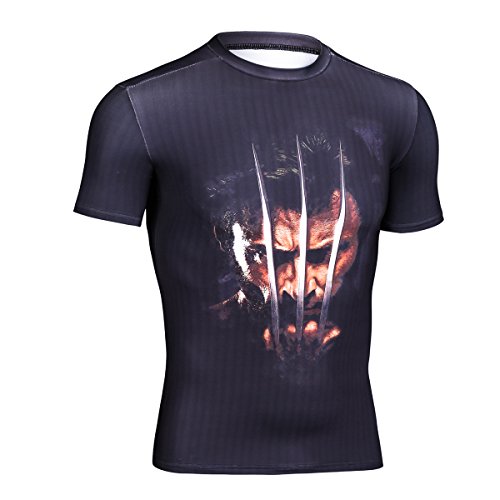 Alright, I found one shirt and the pathetic replica vest tops!

Wolverine Quotes To Yell While training

This is the compression shirt Deadpool actually wore in the movie…

Not really but it’s the only dead cool, Deadpool compression shirt Deadpool would be seen dead in.

What do compression shirts do for dead people anyway while we’re on the subject? :-/ 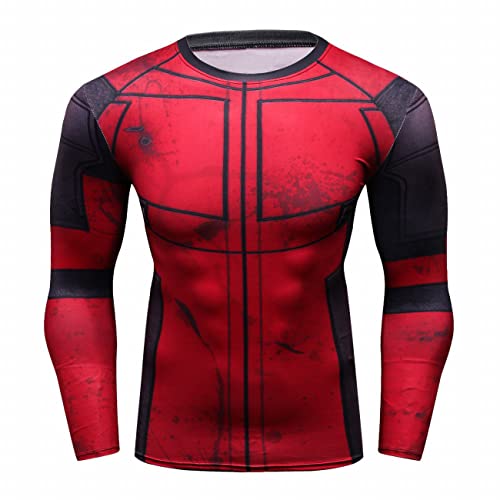 Deadpool quotes to yell while training

So just to be clear, we are not talking about a triathlon ironman compression shirt (as in for the races specifically), but rather the Marvel character ‘Iron Man’. (The dude who fell out with Captain America.)

Had to get that out of the way as I wouldn’t want anyone buying stuff that isn’t specifically made for what they need. :-/

Anyway, to launch back into my terrible salesy type chatter… 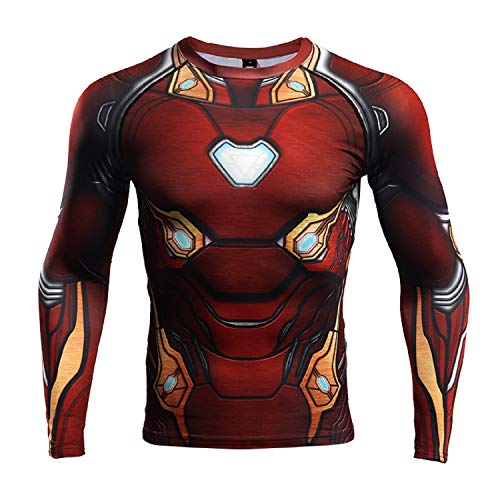 Yes, you too can look like an arms dealing oversized can of tomato soup with this frighteningly realistic-looking Iron Man compression shirt.

The main problem with this superhero compression shirt?

It doesn’t come with Mjolnir, the indestructible hammer that allows you to fly and stuff… Gutted!

Ah well, that’s life. You never know, however, if you buy the Thor compression shirt and stand around in the gym with your hand out, Mjolnir just might fly into your hand with a bit of luck.

Let us know in the comments if it works out for you. 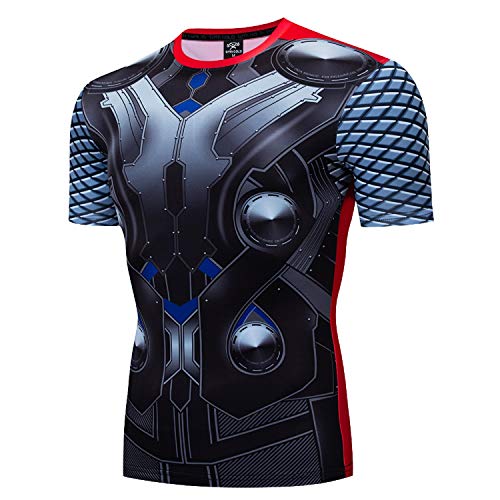 In (what I think were) the words of Odin…

Thor quotes to yell While training

Don’t take this the wrong way, but…

Much like Thors hammer, this Green Lantern compression shirt unfortunately doesn’t come with a power ring that does all sorts of neat stuff.

The ring actually harnesses the power of will, and is considered one of the most powerful weapons in the Marvel universe.

You already have plenty of will though right? you’re training regularly and stuff so… 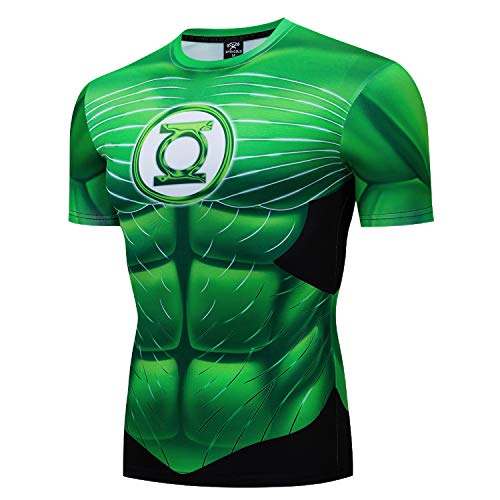 Who needs a lousy power ring?

For the runners among you who are also fans of the fastest man alive (Usain Bolt), why not try out ‘The Flash’ compression shirt for size?

Wearing this particular Marvel compression shirt guarantees you will run much faster if you really concentrate and train really hard for a few years.

For the evil among you (watch out for that Punisher character!) who hate the Flash, Zoom compression shirts are also available. 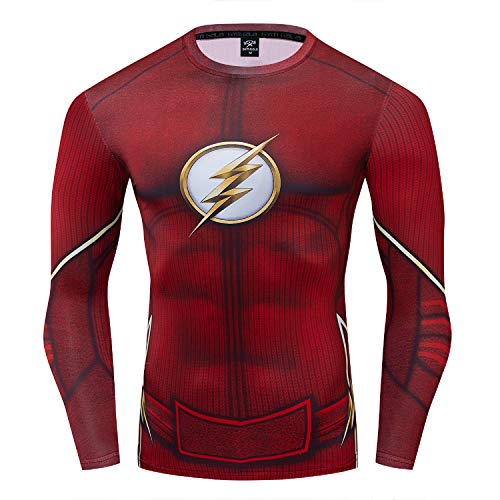 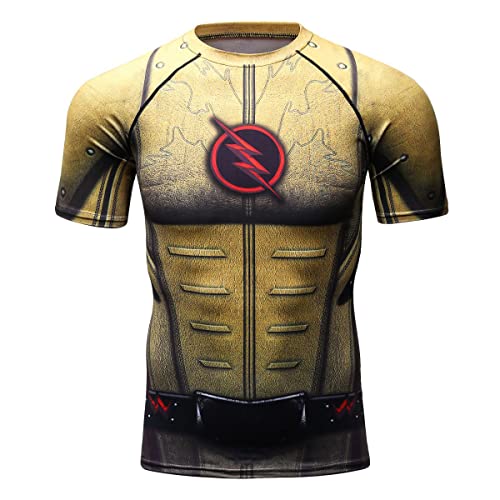 Flash quotes to yell while training

The rather serious looking chap on the right (or below if you’re on a mobile device perhaps?) who looks like he wants to punish you, is modeling the XiaoM T-Shirts Punisher compression shirt.

A guy with nothing left to lose is pretty dangerous. The sort of dude you want to bump into in a dark alley if you are a wrongdoer eh? 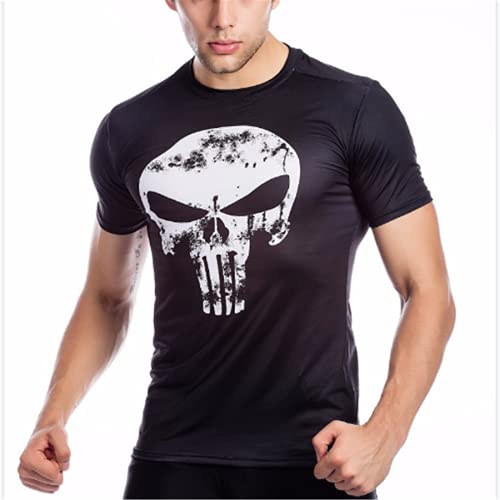 Punisher quotes to yell while training

If you are a sickeningly nice, clean cut, law abiding person, then the long sleeve Captain America compression shirt is for you!

Simply don the super hero compression shirt and then seek out people who are seriously punching out of your weight division and fight them, just because they tell lies or something else bad.

Yes, wearing this heroic piece of gear, you too can reenact Civil War in your local gym. 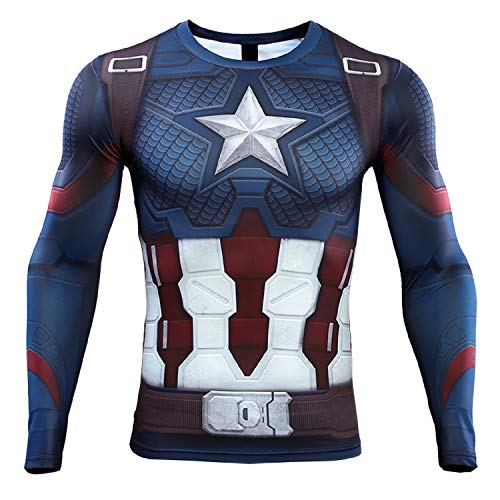 For those who prefer Bucky (or just fancy themselves as a semi-immortal Soviet assassin) over old cap’, there is also a Captain America Winter Soldier compression shirt also available. 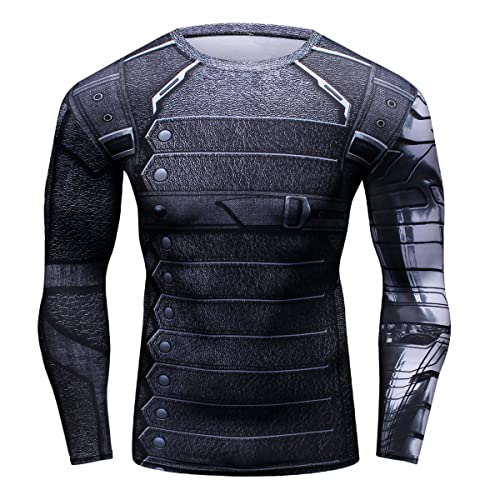 Captain quotes to yell while training

The Dark Knight, one of the few mere mortals who has gone toe to toe with Superman…

Where the hell is Robin these days, by the way, anyone know?

Please holler out any sighting in the comments, even if it is just because you found his gravesite. 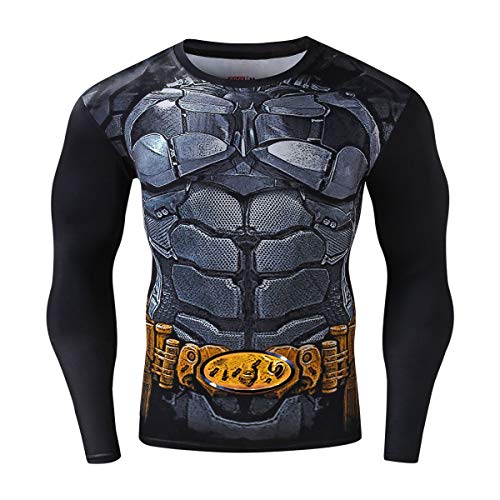 Batman quotes to yell while training

Get one of these bad boy superhero workout shirts on and align yourself with the great panther god ‘Bast’.

Hey, put your claws away!

No harm in letting your imagination run wild when you stand in front of the mirror in this sleek Black Panther compression shirt now is there? 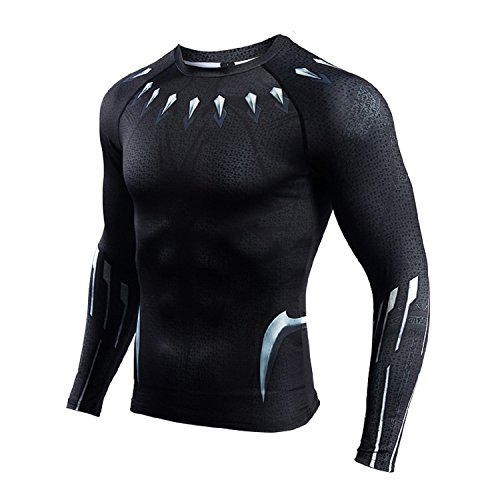 Fancy yourself as a bit of a web-slinger?

Then you’re probably more on the gymnastics side of things with regards to your training perhaps? But… maybe not.

Either way, if your a spidey fan, here’s the perfect long sleeve superhero compression shirt for ya.

Just don’t act too stuck up because you look so good in this thing. Get it… “Stuck up?” *Groan 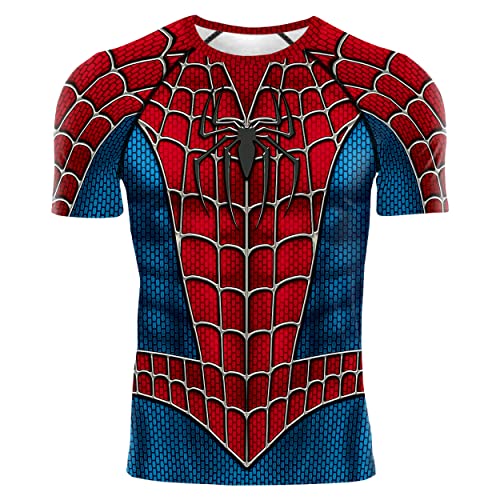 Spiderman quotes to yell while training

And the Marvel & DC superhero compression shirts award goes to…

Yep, you probably guessed it right? (Even if the big picture here didn’t give it away.)

Here is the most popular of our compression superhero shirts…

Faster than a speeding bullet, able to jump over small skyscrapers and all that… 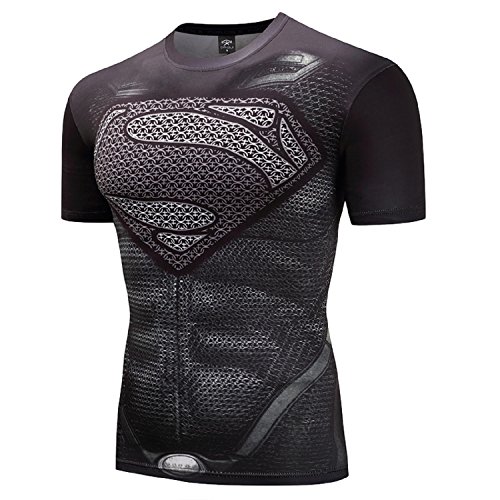 Hands up who didn’t want to be like Superman when they were a kid?

Anyways, we first picked out the silver and black Superman compression shirt over the regular red and blue color tees because, well…

You want to be a little different, don’t you? And anyway, it can double as a superboy compression shirt if you are a fan of the Titans! 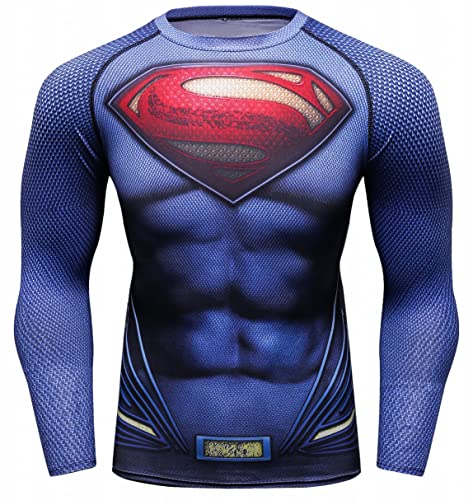 Superman quotes to yell while training

Did we miss your favorite DC or Marvel compression shirt?

Yep, it wouldn’t surprise us at all. We miss quite a lot.

Let us know in the comments which superhero compression tops you would like to see included. 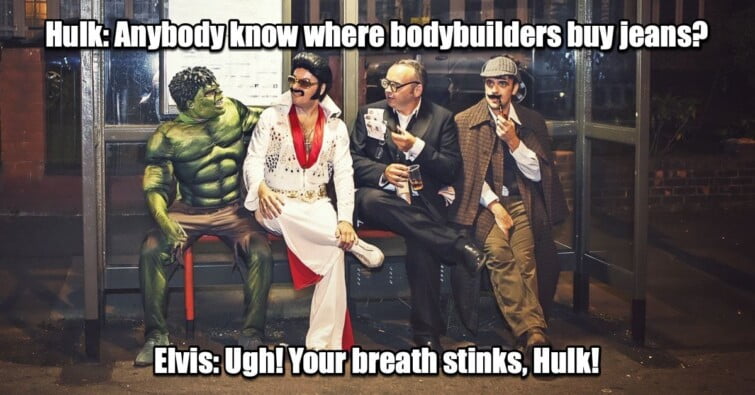 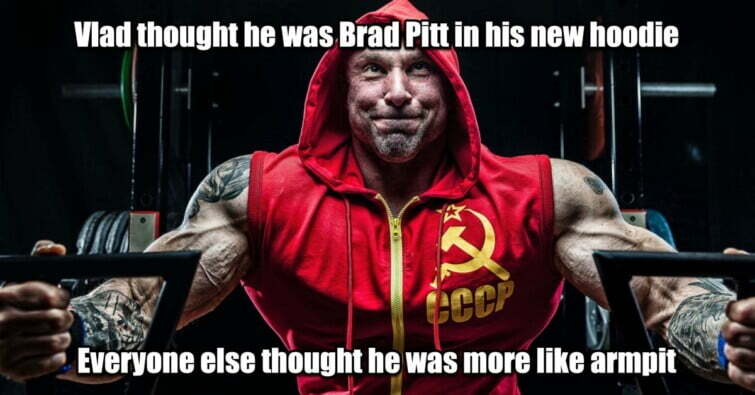 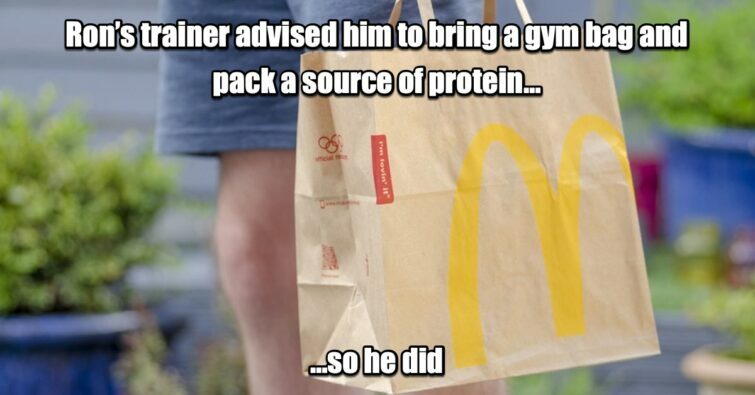 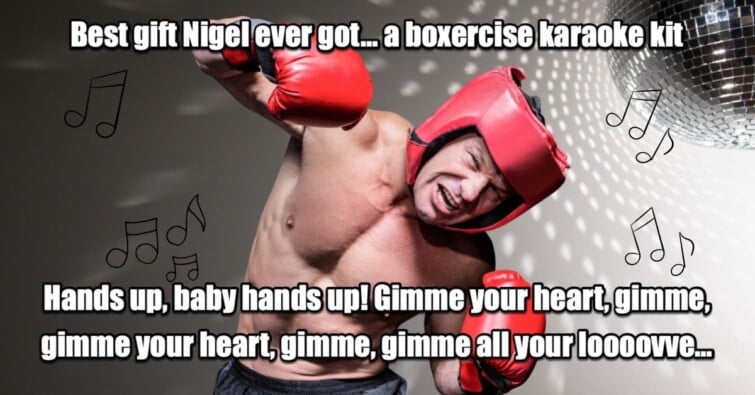 Chris has been interested in health and fitness for over twenty years and loves researching complicated topics to dig out the critical information and gold nuggets that really help make a difference to your home workouts, nutrition, and home office space.